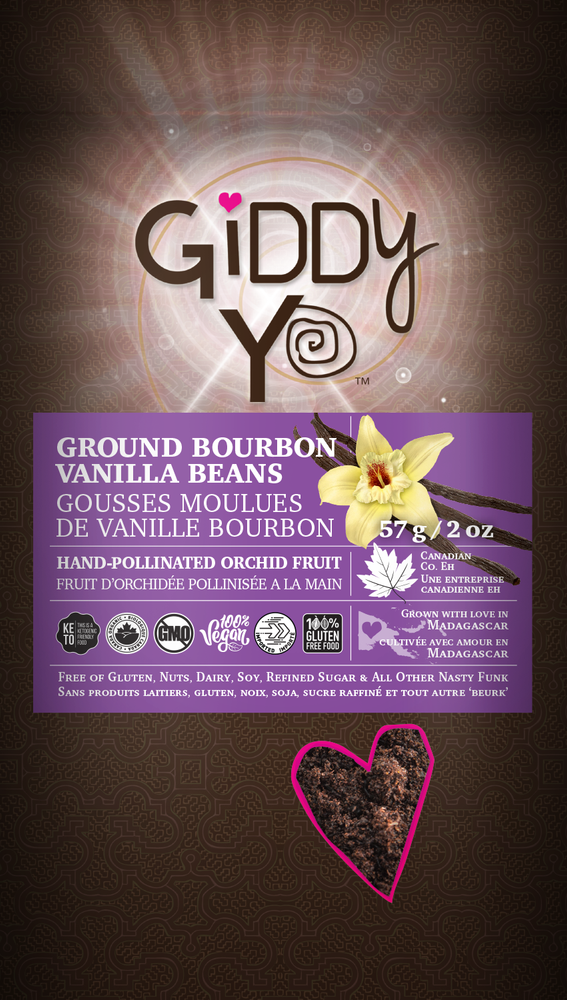 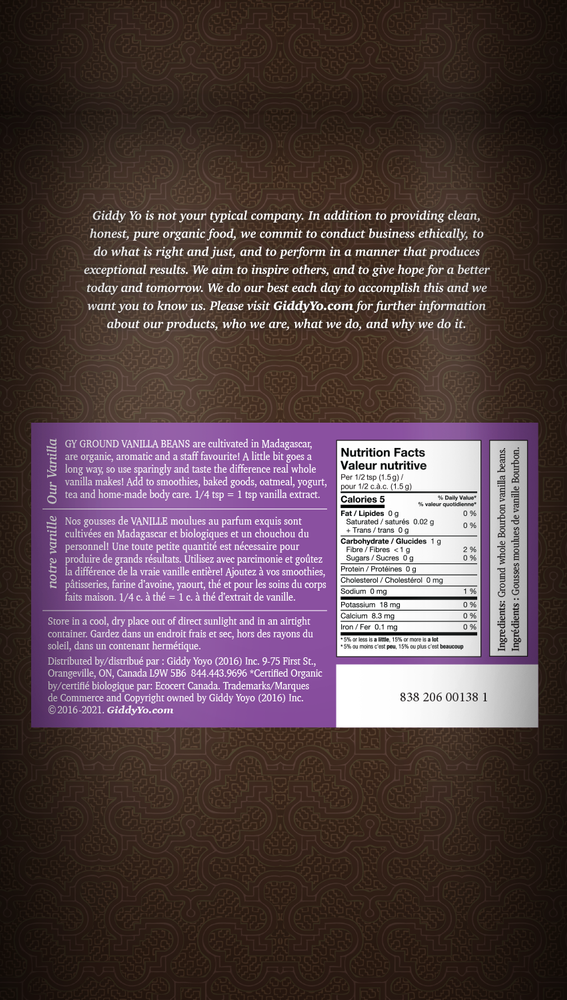 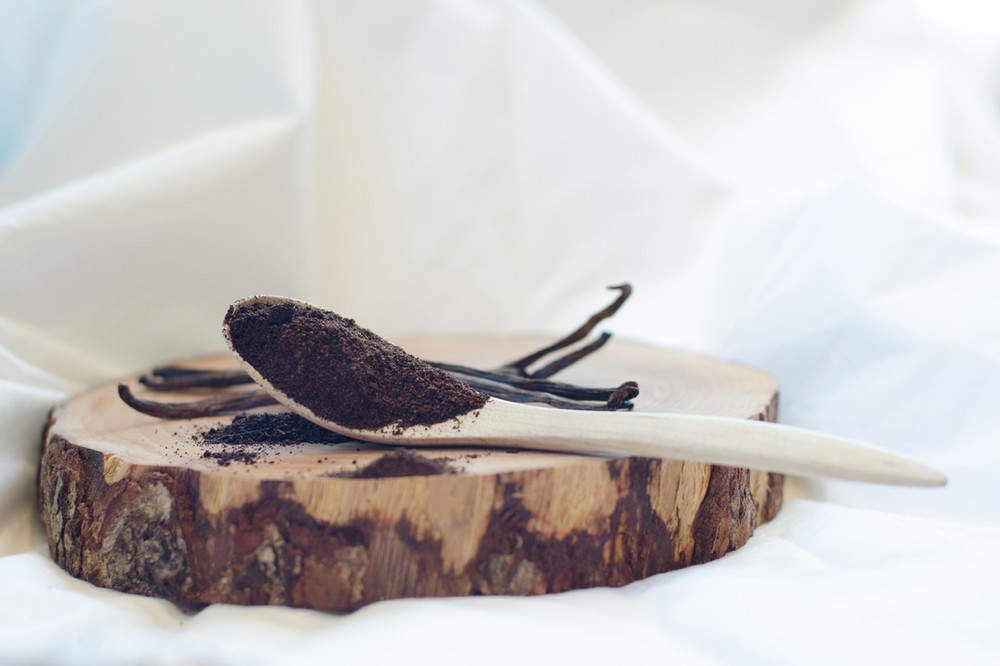 Our ground Bourbon vanilla beans (Madagascar) are very special- a luxury superfood that once you try, you'll never want to be without!

Did you know that each vanilla bean is hand-pollinated and is the fruit of the vanilla orchid whose blossoms open for just a few hours, only ONE day a year??

The bean takes up to ten months to mature, is then hand-picked and requires an additional six months to cure. What an incredible, magical, sensual, aromatic luxury!

Pure Ground Vanilla is not the same as Vanilla Powder, which is a combination of sugar or dextrose and ground vanilla or vanilla extract. Pure Ground Vanilla is a very fragrant product that can be used for colour, texture, and flavour. Ground GY VANILLA BEANs are very easy to use. You need just a small amount to add excellent vanilla flavour.

What is “real vanilla,” and why is it so expensive? The answer lies in the vanilla bean itself. The quality and attributes of vanilla owe themselves to a multitude of factors. From growing location, to curing procedures, to vanillin content, each cured vanilla bean (or “pod”) is graded on a long list of indicators that help separate quality vanilla products from inferior ones. From beginning to end, science and art must work in unison to create quality vanilla beans. By the end of the process, beans have vanillin contents of anywhere from 1.4%- 2.8%

Synthetic vanillin, usually referred to as “artificial vanilla,” often packs a lot of vanilla flavouring for a much smaller price. Usually, artificial vanilla is derived from by-products of the paper or petro-chemical industries. It is generally three times as strong as vanilla extract, and is chemically processed from guaiacol, a coaltar derivative. Later, artificial caramel coloring and sometimes sweeteners are added.

Natural vanillin contains over 290 compounds that add to its flavour, with natural vanillin being just one of them. Synthetic vanilla is really just vanillin, and nothing else. So, if you buy artificial vanilla, you’ll miss out on the many wonderful undertones of fragrance and flavour that make vanilla such a complex and desirable flavouring.

• Most of the real vanilla is hand- pollinated, only the Central American Melipona bee can naturally pollinate vanilla, hence the reason why it is so expensive. It is the second most expensive spice after Saffron. It takes 5 kg of fresh vanilla pods to make 1 kg of GY RAW GROUND VANILLA BEANS and is the world’s second most labor-intensive agricultural crop.

• Spiders don’t like vanilla and you can use whole vanilla beans to drive them away.

• In some cultures vanilla was a sacred medicinal herb used to heal and soothe. The aroma of vanilla is also known to exhilarate the brain, increase energy and act as an aphrodisiac.

• The ‘perfect’ amount of vanilla adds flavour but too much may imbue a bitter, unpleasant taste.

• Most artificial vanilla products contain vanillin, which can be produced synthetically from lignin, a natural chemical compound found in wood. Synthetic vanillin is a byproduct of the pulp used in paper making. Yuck.

5 based on 2 reviews.
leave a review

Ok, I have always loved the Giddy YoYo Vanilla Powder and I have tried other (cheaper) brands and you get what you pay for still rings true! That other stuff doesn't really taste like vanilla NOR does it make me want to use it. Giddy's does and I CANNOT get enough. This new source is extra tasty and I have bigger L-O-V-E for this pure (like the real deal) vanilla! IT IS EVERYTHING and worth every dollar - it is concentrated so a little does go a really long way as well. Anyone with MCAS or Histamine issues needs to invest in this raw powder with 0 additives or alcohol (a.k.a fermentation which is a big no-no for a low histamine eating protocol) + not to mention the health benefits of this antioxidant 1-ingredient product! Thanks for your dedication to sourcing the BEST!

I've never found another brand of vanilla bean powder to compare this to, but I went through a larger bag of it in the past and now am working through this one. It's so nice being able to use the actual ground vanilla beans instead of the extract.